MINUTES OF THE REGULAR MEETING

OF THE OZARK CITY COUNCIL

Upon a roll call, a quorum was declared to exist for the meeting. Randy Melton moved for approval of the Minutes from the February meeting, seconded by Aerial Nicely, and upon a roll call vote all alderpersons voted aye and the minutes were approved.

Charlie Meeker moved to approve the financial report presented for February, seconded by Susan Holman, and on a roll call vote, all alderpersons voted aye and the financial report was approved.Aerial Nicely reported that The Parks and Recreation Committee have a meeting coming up on March 19th. Items to be discussed include scuba lessons, a designated night for pickleball, a Memorial Bench for Allan Geslin to be placed at the softball fields, softball field usage, rules for Community Center, and a recommendation for 10% discount for military at the Community Center. April 18th will be Clean- Up Day.

A& P (Susan Holman and Carol Sneath) reports that two applications have been received and interviews will be scheduled for position at Chamber of Commerce.

Jody Sampley presented report for the Street and Parks Department. All Christmas lights have been taken down. Dugouts, concession stand and restrooms at the High School baseball fields have been painted. A problem with the lights is being researched for solution.

Randy Melton discussed a covered walking trail at the Community Center, he is gathering information through Nabholz Construction. Approximate cost of$ 33,000. He is looking into non-profit grants.

Cecil Zolliecoffer installed a sink in the employee breakroom. The foyer at City Hall is to be re- tiled, and the drainage problem outside re-routed to go underground to prevent overflow. There is also work to be done on the HVAC in the City Clerk’ s office. Nabholz is to reimburse

costs of these repairs.

Chief Devin Bramlett gave a report for the Ozark Police Department. There were 66 arrests, 129 reports, and 29 accidents. February was Amnesty month. The new jail will be opening tomorrow, March 101H

Leroy Campbell gave a report for the Water Department.

Chief Nick Trotter presented a report of the Ozark Fire Department. There were 66 calls, 43 medical, 10 NVA, 5 fires, 2 false alarms, 4 code enforcement (burning without a permit), and 2 “other” rescues. The buzzard problem has been solved. The new tanker truck will be here in June or July. Susan Holman asked how a tanker truck is utilized. Trotter responded, stating that it is used on interstate fires, train derailments, and fuel spills etc. It is a “vacuum” truck with a 4000 gallon capacity and takes only 1 person to operate versus 6 people. Mayor Hall stated that having one will lower our ISO rating of 4 to possibly a 3 which helps to draw new businesses. Chief Trotter also recently attended the Arkansas Fire Academy Instructor Class and is now a certified instructor. Jason Russell is currently testing hoses for the yearly inspection.

Run for the Fallen April 20th

There being no further business to come before the council, a motion to adjourn was made by Susan Holman and seconded by Rex Anderson. All Alderpersons voted aye on a roll call vote and the meeting was adjourned.

Sign up for news alerts from the City of Ozark.  These may include: Weather information, boil alerts and other important information.  We will use your email address only for this purpose.

UPDATED: Boil Order Has Been Lifted As of Wed Aug 26th.

END_OF_DOCUMENT_TOKEN_TO_BE_REPLACED 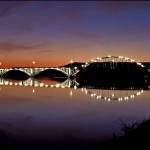 There will be a meeting this Thursday @ 5:30PM over ordinances.  For more info, please contact City Hall.

END_OF_DOCUMENT_TOKEN_TO_BE_REPLACED

In reference to Governor Hutchinson’s Executive Order requiring face coverings, as the Governor’s Order is not a criminal statute, the Ozark AR Police Department will not be issuing citations to those subjects who choose to not wear face coverings. We … END_OF_DOCUMENT_TOKEN_TO_BE_REPLACED